How the Loss of College Football Revenue Affects Universities 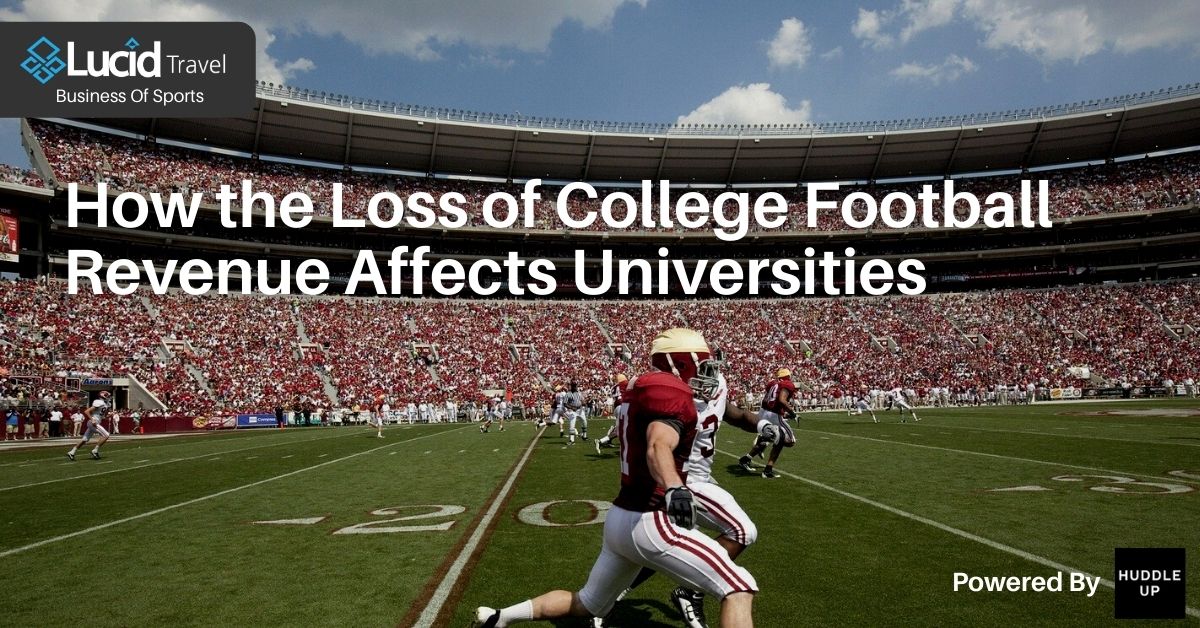 How the Loss of College Football Revenue Affects Universities

We saw the Big Ten and Pac-12 both cancel fall sports, including football, with a potential plan to resume next spring.

Ross Dellenger @RossDellenger
BREAKING: Pac-12 is canceling its 2020 fall football season, source tells @SInow. Like the Big Ten, it plans to play in the spring. @Brett_McMurphy first. All eyes now on the next domino, which could bring them all down: the Big 12.

The ACC said they “will continue to make decisions based on medical advice” but still plan to move forward with the 2020 season”.

The ACC @theACC
Statement from the ACC:

The Big 12 is rumored to be planning a revised schedule and the SEC is so committed to playing football in 2020 that USC Athletic Director Ray Tanner talked about potentially having ~20,000 fans in attendance this year…you gotta love the SEC.

Josh Kendall @JoshTheAthletic
Tanner tells @1075thegame that current plan for W-B capacity is 24.6 percent, which would be 19,741.5 fans, that includes “full band,” player family and guests and some students. “It would be easy to pivot and go back to no fans, but our fans want to come."

I think it’s pretty common knowledge that football is the main revenue stream for most college athletic departments. So what happens when the well runs dry?

From the highest point, the NCAA is pretty irrelevant in this situation. Over 80% of their revenue comes from March Madness and they failed to give so much as an opinion on what conferences should do over the last 5 months, partially in an effort to protect their ability to hold March Madness in 2021 (Source).

From a conference point of view, the revenue loss is much more impactful. For example, the Big Ten’s current TV deals with ESPN and Fox Sports amount to ~$2.6 billion over six years. It’s unclear what insurance protection they have, but it appears they’ll be missing hundreds of millions of dollars in revenue. This ultimately trickles down to individual schools to the tune of ~$54M each based on 2017 tax returns (Source).

Furthermore, with the Big Ten & Pac-12 canceling their football season, over 40% of ticket sales have now been wiped out of the college football ecosystem. Fans aren’t expected to attend games anyways, but it’s a good representation of how meaningful the opt-out is (Source). 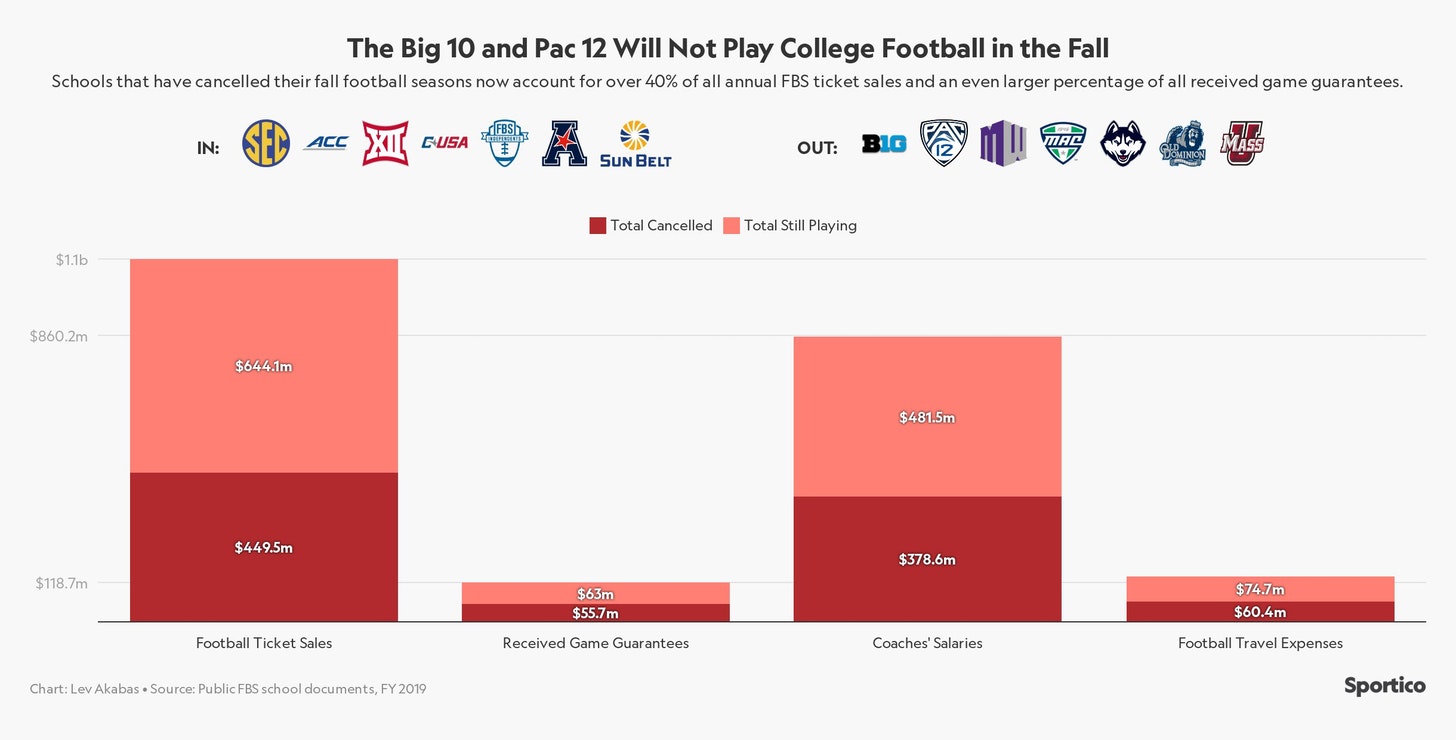 Conferences will survive and media rights are only part of the story. The more concerning part is how schools will fund other sports next year with no revenue from the football program.

Here is a great example of what i’m talking about:

Alabama, which is often referenced at the gold standard of athletic programs, would’ve lost over $20M without football last year. Obviously other fall sports, and their respective revenue losses, need to be stripped as well. But it’s certainly eye-opening how much football programs carry the financial load for most athletic departments.

Ultimately, Alabama has a $1.5 billion endowment and will come out unscathed. The issue is with smaller schools who don’t have the financial resources to survive, or carry on non-profit producing sports. For instance, a recent NCAA study determined “that only 20 of the 1,000 or so college sports programs in the nation were profitable” (Source).

There’s definitely an element of creative accounting going on, but most schools aren’t Alabama either. As CFB moves closer to full cancelation, it’s possible that we won’t see a single athletic department turn a profit in 2020. Think about it this way, the top schools in the country were only making a few million in profit to start - now their football revenue flatlines and they still have expenses (salaries, etc.).

One thing has become abundantly clear throughout this tumultuous offseason. The business of college football is too large not to have a leader at the top able to appropriately make decisions and delegate downstream.

People claim to hate the commissioner-owner model the NFL employs, but at least they have a plan in place to play football this fall. With each conference listening to different medical experts, and making their own decisions, it’s become a chaotic mess.