Lucid Travel Partners with Seven on the Line Productions LLC. 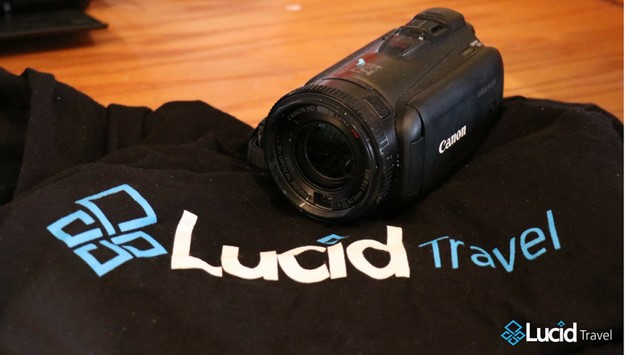 Lucid Travel Partners with Seven on the Line Productions LLC.

Ultimate is a truly unique sport combining a hyper competitive environment with a vibrant and eclectic community. During the six years I’ve been involved with the sport it has cemented itself as a popular college club sport and has carved out a niche for itself across the United States and the world. The tournament structure of ultimate events brings together players and fans from all across the country to some of the best metropolitan and travel spots across the world.

My name is Hugo Sowder. I am a freelance videographer and digital storyteller dedicated to covering the sport of ultimate frisbee in the United States. I work for Ultiworld, the premiere news site dedicated to the sport of ultimate. In 2015 I started my own brand, Seven on the Line Productions LLC., to help cover one of the greatest sports on earth. That may sound a little far fetched to people outside the niche of ultimate players and fans but I truly believe this sport brings out the best in the athletes who play. My playing career was exclusively centered in North Carolina, arguably one of the best states for ultimate in the United States. After graduating from UNC Asheville in May 2016, I set to work shooting and writing about the sport, going to tournaments all across the southeastern United States. My journey in 2016 ended at the USA Ultimate Club championships in Rockford, Illinois where I had the privilege of covering Raleigh Ring of Fire during their cinderella run to the semi finals.

With the 2017 college season now shifting into high gear, I am about to set out on a seven month long journey, covering the sport for Ultiworld and assisting the media operations of several ultimate teams and brands. My journey begins March 31st as I head down to North Myrtle Beach in South Carolina to help cover 2017 College Easterns.  In June, I’ll be headed to Royan, France to  catch up with some family and help cover the 2017 World Championships of Beach Ultimate. During my travels I’ll be shooting and writing about some of the best competitive ultimate in the world and spending time with some of the best athletes and leaders in the sport.

I’ve partnered up with Troy Miller (Lucid Travel) to bring you a unique, inside look at some of the biggest college, club, and professional events in the United States. In addition I'll be helping Lucid Travel promote and market their brand to ultimate teams and organizations. Lucid Travel is built specifically for group travel. They will save you money, time, and organize your travel logistics for free. Plus you’ll fundraise through every booking, making it a great tool for your team.

“We originally had the idea for Lucid Travel while organizing our own group trip’s in College. Since launching our first site in August 2016, we’ve learned a lot through trial-and-error. Heading into April, I’m excited about our expansion into event travel for Sports. I grew up playing team sports, so it's rewarding to include work with personal interests. I discovered Ultimate Frisbee just a few years ago at NC State, but  was instantly hooked."


Hugo has a rare entrepreneurial drive, already doing awesome work in the Carolinas through 7OTL and his growing network. His passion for the sport and his innovative mindset are a natural fit with our core values, making our partnership a no-brainer. I’m confident we are going to provide teams with a great service and create a brand new level of exposure to Ultimate. The community has been great and I’d like to personally thank Disc-iple Sports LLC & High Tide Ultimate, Savage Ultimate, NC State Club Ultimate (Wolfpack & Jaga), UNCW Seaweed, Appalachian State Club Ultimate, Easterns, and the Raleigh Flyers for their early support.”

If you are interested in following my adventures, I’ll be posting on the Lucid Travel social media handles on twitter @Lucid_Travel and Instagram @lucidultimate. I also maintain a consistent presence on my own personal account @Hugosowder on twitter and @7otlproductions on Instagram and I’m always looking to connect with new faces in and outside the sport. To learn more about Lucid Travel, send Troy an email [[email protected]] and check out their site at lucidtravel.us